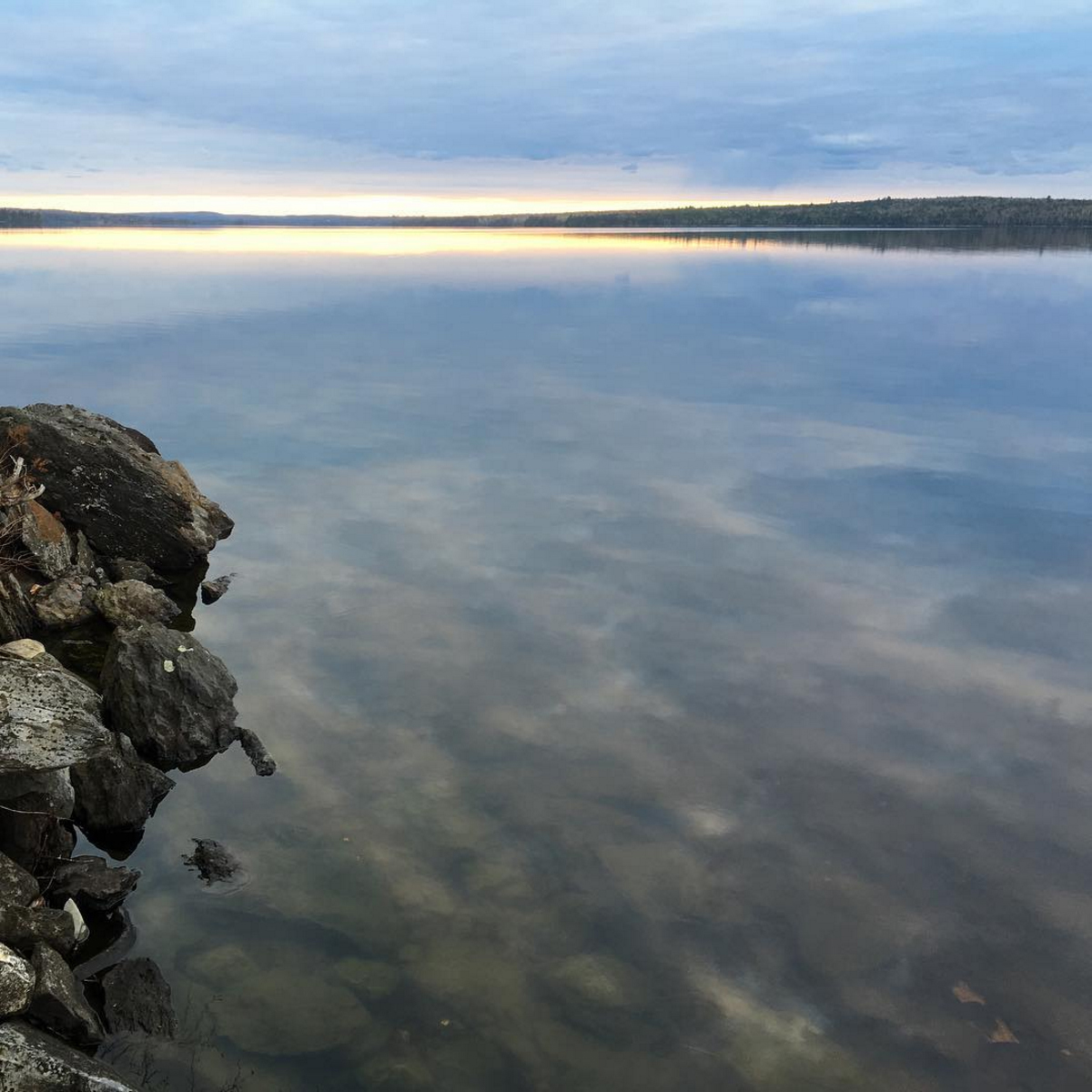 Moose River Maine with an E

Traveling through the divide between Spencer Lake and Spencer Stream to the Moose River, which would eventually take me to Moosehead Lake, I encountered snow and high winds.

Along the way I actually bumped into somebody that I knew, as improbable as it was in the middle of nowhere in north western Maine. At this point nothing surprises me. The rest of the world is 6° of separation between people, but in Maine it’s about a half a degree of separation.

I got on the Moose River below Spencer rips and paddled to Attean Falls for the night. There were so many beavers along the way that I grew weary of their ridiculous warning splashes with their tails. It made me grateful for my MSR Water Filter! I got up early and ran the falls with a good flow of water. Around two bends in the river I was met with high winds and two and a half foot waves not in my favor. I managed the crossing that most would have waited to change, and continued down a short section of the Moose.

I proceeded to Wood Pond where the waves were even larger and there was absolutely no shelter of islands. I gutted it out to make it to where the Moose River continued in earnest. After miles of twisting, winding flatwater I came to Long Pond, which is worthy of its name, as it’s about 8 to 10 miles in length. But at its end, a delightful river with whitewater and bald eagles thrilled me to no end. I came to Demo Road, which is the site of the old Long Pond dam. The northern forest canoe trail has set up a portage around the big and technical whitewater section of the river. I put in below the hairy white water and was treated to two miles of continuous rapids that joyed my heart. I was accompanied by many eagles and the presence of osprey made me realize I was approaching Little Brassua Lake and my campsite for the night.

Change was in the air and it seemed as if the winds were finally dying down and the clouds parsing. I was treated to a waxing moon and the calls of loons and peepers as I nodded off to sleep. I awoke to clear skies, waters and the sounds of songbirds. Finally at Three Lakes, the last section of the Moose River, I found my way to the Birches Resort in Rockwood, Maine, which is owned by a good friend. This will be the last vestige of civilization before entering the final 200 miles of the Northern Forest Canoe Trail. I hope that Moosehead Lake will be as calm tomorrow as it is today because if it is not, it can be a force to be reckoned with. I know because I lived on this lake for 19 years. While it is good to be here, and feels like home, I am hoping for smooth sailing tomorrow to points beyond, and look forward to my next return to this amazing place.