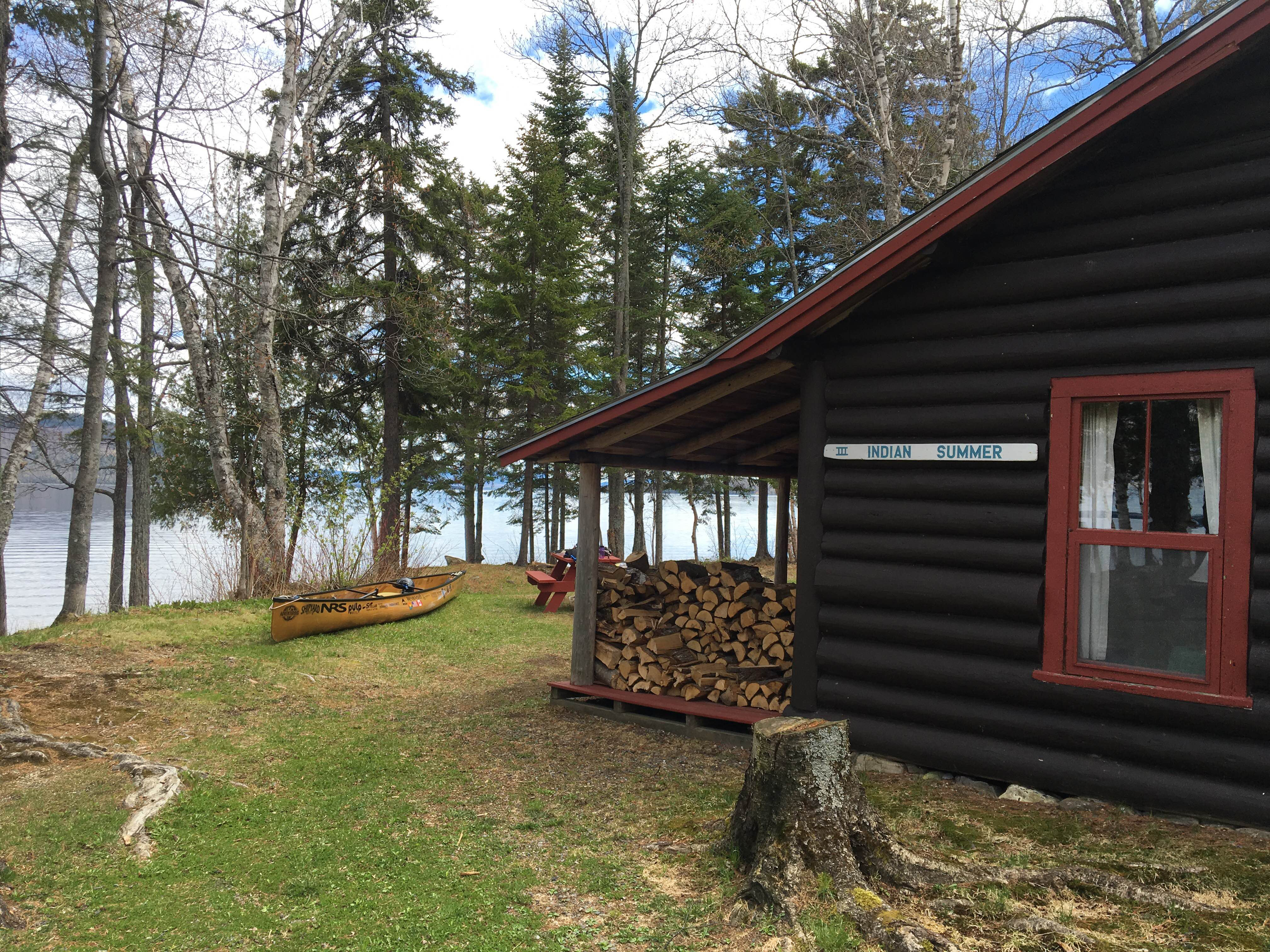 I enjoyed a wonderful lazy afternoon and evening at the Birches Resort in Rockwood, Maine on Moosehead Lake. I enjoyed the sauna, the hot tub, and a cozy cabin on the water. My friend John invited me for dinner and it was fun to catch up. 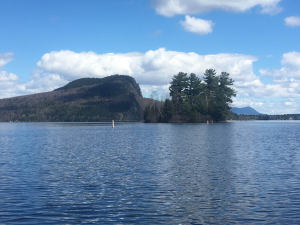 I woke up early to find Moosehead Lake looking like a piece of glass – not a single ripple. I received my resupply from Nicole so I’ll have enough food to get through to Fort Kent. I put in and headed north up
Moosehead Lake for open water crossings and incredible scenery. I arrived at Northeast Carry hoping to get to Raymond’s Country Store for AAA batteries, maybe even a beer and some snacks.

I was disappointed to hear from one of the neighbors that Ed and Shirley, the owners of Raymond’s, had gone into Greenville because Ed wasn’t feeling so well, so the store was not open. I made myself an almond butter and jelly sandwich on a tortilla and sat on the porch of the store. I was curious as to why there were so many cans of wasp and hornet spray on the porch. After a couple of flybys and an inspection of my sandwich and it’s jelly, I realized why the spray was on hand.

I can easily deal without my batteries as long as my headlamp stops turning itself on. Seriously, I have a hard time turning this headlamp on using both hands and for some reason it has managed to turn on all by itself twice, thereby burning up the spare batteries that I had. Wow, I have fewer snacks then I would like. I will manage just fine, but that beer would’ve been a pure luxury. My hope is that Ed is feeling better, that they come back to the store, and he has a really terrific summer. Now it’s off for two miles of the Northeast Carry to the Penobscot River, the West branch of the Penobscot River up Scott Farm, which is where I will put in and run the entire upper West branch. I’m not exactly sure where I’ll spend the night. I had originally thought about Row Island where Henry David Thoreau had spent some time. At the very least I think I’ll stop by the island to have that experience.