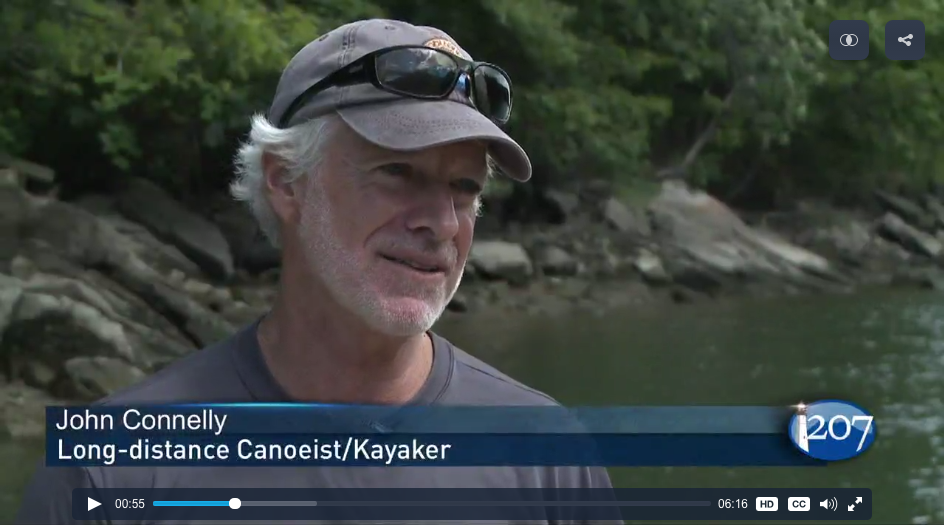 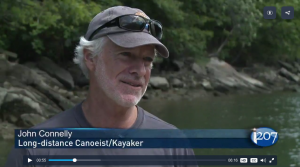 John Connelly wanted to do something big as he approached his 60th birthday.

So, he set off on a dream trip. Starting in April, he paddled a canoe the entire length of the Northern Forest Canoe Trail, which runs from Old Forge, NY to Fort Kent, ME.

Then he proceeded by kayak down the St. John River and along the Maine Island Trail from Eastport to Kittery.

Most of the time he was paddling alone as he covered some 1,500 miles over ten weeks.
His purpose, in part, was to inspire people to get out and experience nature so they’ll want to preserve it.

In training for the expedition, even though he wasn’t overweight Connelly lost 32 pounds. 32 pounds is what a canoe weighs. He lost a canoe.