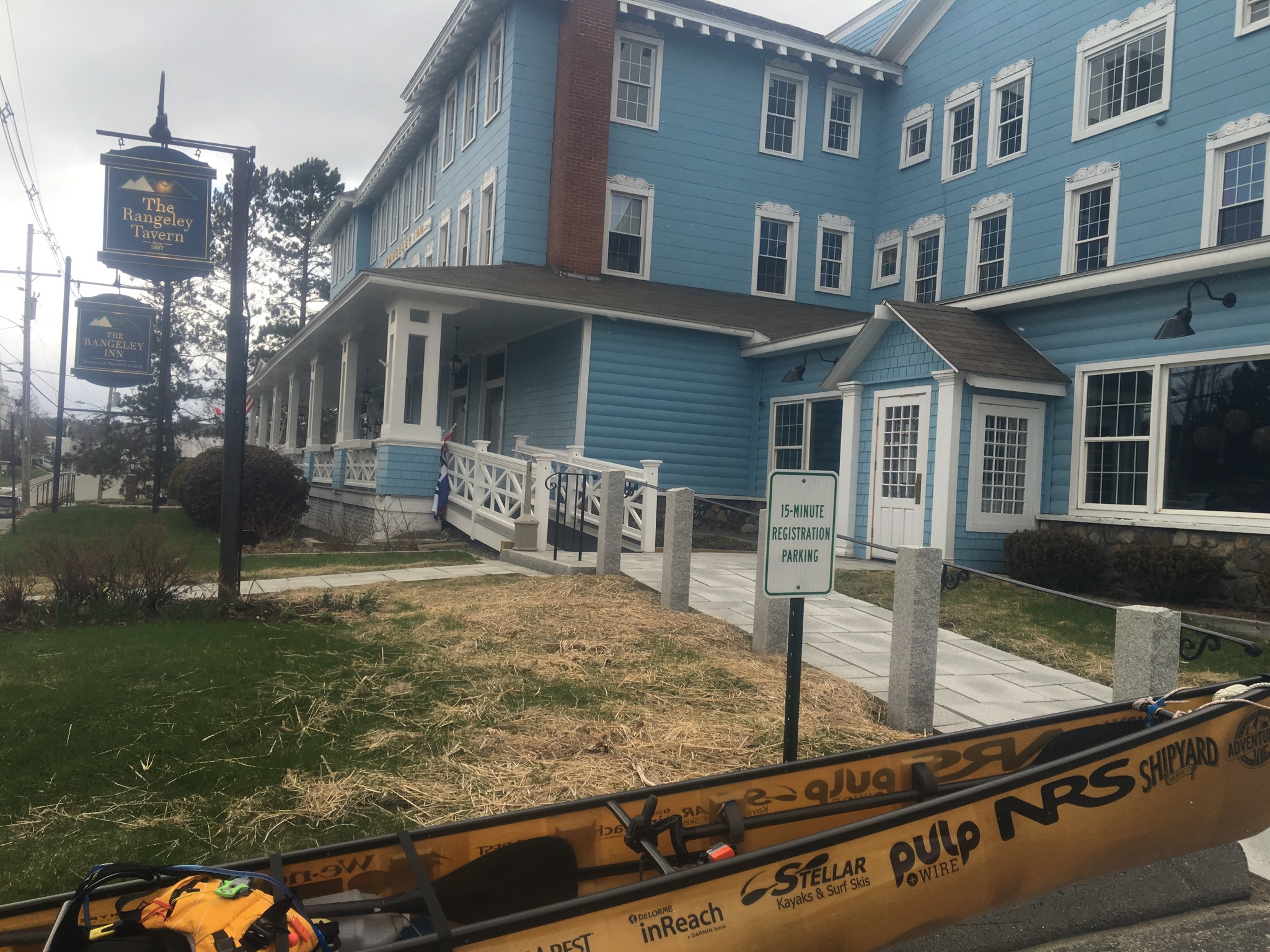 I awoke with a spring in my step from the epic day I had just spent descending the Nulhegan from the highest point in Vermont along the Northern Forest Canoe Trail. I fueled up with some Adventurous Joe Coffee and GrandyOats granola, then headed toward Groveton, New Hampshire. There, I’d hang a left to start my two-day ascent of the the Upper Ammonoosuc River.

It was a 26-mile day, at least four of which I spent dragging my canoe over shallows, paddling up rapids, and portaging around dams. Cold, wet and tired, I decided to stealth-camp in the woods next to the river. I awoke to a tick attempting to penetrate the fine mesh netting on my tent— a good reminder to be vigilant about avoiding their nasty bites! 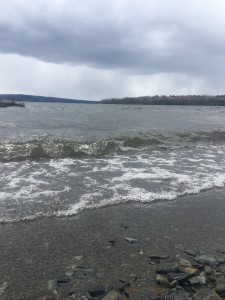 The high water level made paddling up the stone rapids incredibly difficult. Moss-covered stones added to the perilous, frustrating fun! I decided to portage a four-mile section in order to stay on schedule and avoid the extra day I’d need to slog my way up the river.

I completed the upstream paddle to find myself at Gordon’s Corner Store in West Mailan, New Hampshire. The hospitality was amazing! I was permitted to camp under an apple tree in the generous owners’ backyard. The next morning I awoke to portage to the Androscoggin River Watershed, where I paddled upstream toward Errol and, eventually, back to my home-state of Maine.

The high water level on the Androscoggin made ascending the long rapids difficult, and ate up valuable time. I took to the road for about a four-mile stretch, then reentered the river to end the day in Errol, New Hampshire at the Northern Waters Campground.

While portaging the Errol damn, I saw my first moose. The beast was running toward me on the road at full gallop, so I knew it had to be bolting from either a larger moose or a vehicle. I figured it was the latter, because this was a very large bull moose. He got close enough to get a good look at me before turning into the woods. Moments later, an F150 pickup careened around the corner.

Another hour’s worth of paddling on Lake Umbagog brought me to the Maine border and the mouth of the Rapid River. I then had to carry my boat and gear for two or three miles that felt more like ten. At the end of the portage, my incredible wife, Nicole, and two of our friends magically appeared with an ice-cold Shipyard Monkey Fist India pale ale for me. I spent the night at Middle Dam on Lower Richardson Lake with my wife and friends, then launched the next morning to head up to Rangeley, Maine.

Weather was the story of the day. I started out with strong winds and waves, but within two hours, things calmed down enough to grant me a light southern tailwind that pushed me gently up Mooselookmeguntic Lake. I assessed conditions and set a course on a six-mile open water crossing to the northern end of the lake. I estimated a one and a half hour paddle to reach my destination. About 30 minutes into the crossing, I could hear and see a wall of water and strong wind blowing in my direction, seemingly at the speed of a freight train. I was hit with gale force winds and sideways rain that pushed waves that grew to three feet in height.

I had miles to go, and had to focus on keeping my boat dry. Sinking in the middle of that lake would not have produced a very favorable outcome. I reached deep to use the skills and physical ability needed to see my task through to its completion. Taking out at Haynes Landing in Oquossuc, I found refuge at an incredible private suite on Loons Nest on Rangeley Lake. The hospitality was incredible and the room truly decadent. I awoke to snow and 15-25mph winds.

A sane person would have taken a layover day, but I needed to push on to the south branch of the Dead River in hopes that there would be enough water to paddle for 20 miles instead of having to carry my boat that distance. The longer I wait, the lower the water will get, so off I go!

Until next time! -John