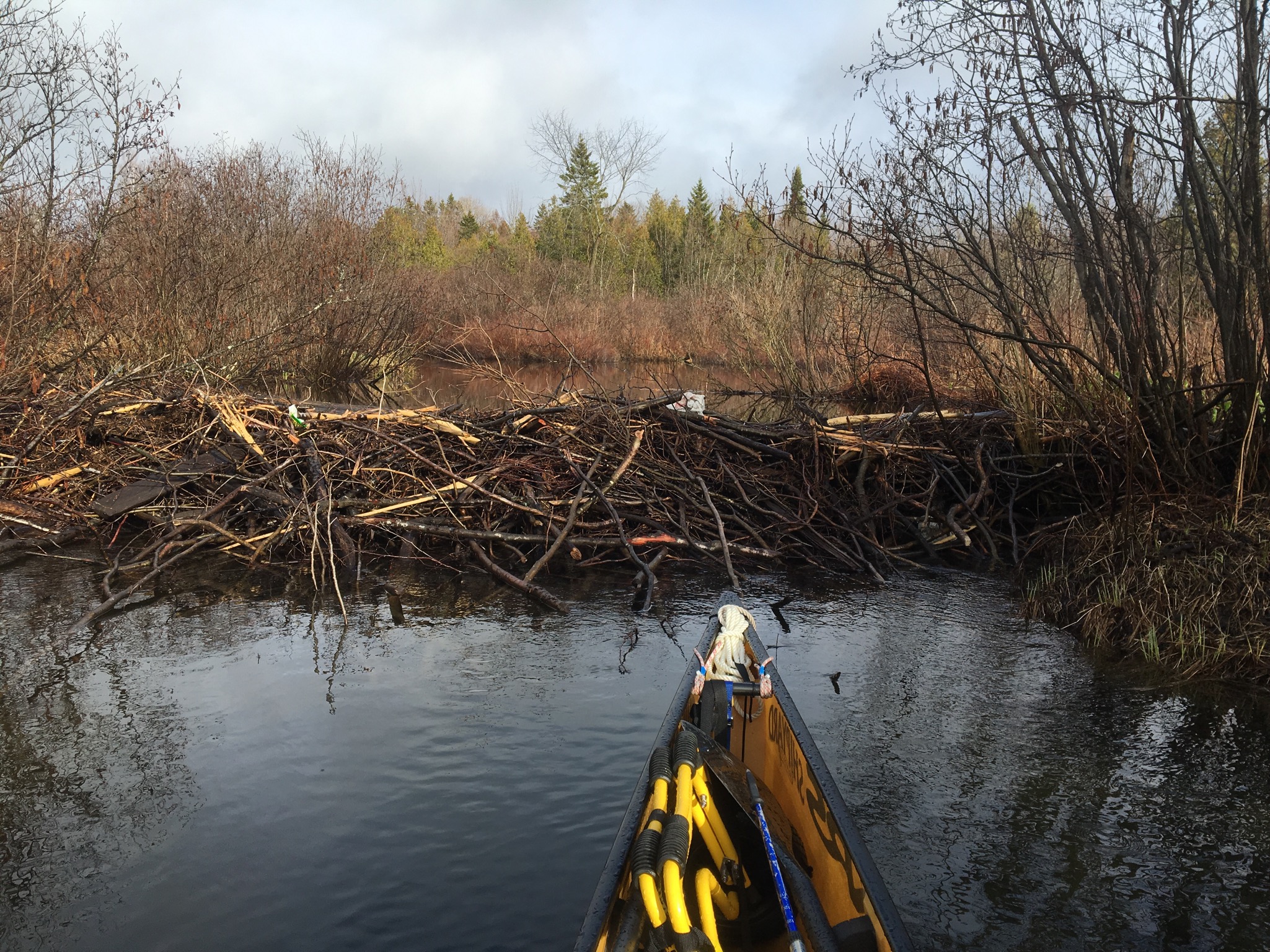 Crossing Lake Champlain into Vermont felt like a landmark achievement.

There had already been a few, including surviving a hellish intestinal bug. After camping on an island 1.5 miles away from the Vermont mainland, I paddled north to within a mile or so of Quebec, then turned east to paddle, haul and stumble my way up the Missisiquoi River into Quebec.

Agricultural runoff on the waterway was so toxic that I couldn’t even filter the water to make it safe for drinking. But I paddled through a vast national wildlife refuge at the river’s mouth, with an enormous great blue heron rookery. These beautiful birds eat and drink the polluted water we know to steer clear of. It feels like we can, should!, do better.

I love the smell of Vermont in the morning. Not really! April is fertilizing-time for the fields and floodplains that line the river. It’s alarming how near to the river the manure spreaders come. While paddling upstream, I felt like I should duck more than once! For generations, farmers here have worked the land this way. Perhaps it’s time to examine other best-practices to minimize or eliminate the toxic runoff from the water.

So many dams to portage around to get up the river leave me exhausted at times. I spent one night at an old hotel in Richford, VT. The old guys at the bar watching Fox news were commenting on how agriculture has been destroying water quality for years and it needs to change. I found that a very welcome local perspective!

I’ve been averaging 20 miles per day, even traveling upstream. The unusually warm weather of the upper Adirondacks is well behind me, and it is now seasonably chilly, but I’m wet with sweat most of the time. A hotel for the night was a blessing, and I loved the opportunity to dry out my things. Onward to Quebec!

Crossing the border went very smoothly. I was relieved that I didn’t have to bring my canoe all the way up the hill from the river to the customs station. I arrived in Quebec cold, wet and very tired. (Jay Peak Vermont was right behind me.) I had to find a room, so I asked some guys at a convenience store in Mansonville, Quebec. One suggested the white church, explaining that the local woman who bought it created a guest room that she rents out to travelers. That was my best option, since I was traveling on foot, towing my canoe behind me on its wheeled dolly. I trekked the half mile to knock on the front door. Mary greeted me (the perfect name for my church hostess!) and showed me the way to my room. It had a one-way mirror above the headboard that looked into the church and gave a full view of the altar. Pretty weird, but it was warm, so wonderful. Mary drove me to the local restaurant and bar where she introduced me to some of her friends. I had dinner and a beer and called her to pick me up. All in all, a surreal experience marked by terrific hospitality that I will not soon forget! 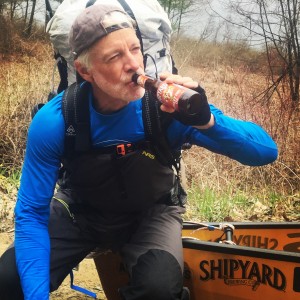 The next day was the grand portage (6 miles) to Lake Memphremagog and my paddle back south into Vermont.

I arrived in Newport, but the customs station was closed. I went to the police station, where they called customs and put me on the phone. As I walked through town to the motel where I’d meet Nicole, a woman stepped out of a pub and said, “are you John?” It was the mother of a friend of mine who works for the Maine Island Trail Association. One great beer and conversation later, I was back on the road to meet Nicole for a much-needed rest day. Food, beer, hot tub and time with my sweetie was the best layover yet!

The upstream journey on the Clyde River to Island Pond is the highest point of the Northern Forest Canoe Trail in Vermont, and made for an epic stretch! Cold rain, wind and strong currents made for long, difficult days. I was distressed by how many trash heaps and riverside dumps were to be found along the way. Portaging around dams was now becoming familiar, hard work. I had to stealth-camp in the rain on the pond that marked the beginning of a labyrinth of narrow passages, twisting and winding with beaver dams and blow downs, as I clawed my way through. Once again, I arrived at my destination cold, wet and exhausted. But my motel in Island Pond Vermont was right on the water, so I knew a long, hot shower was just steps away.

The next day I was on the Nulhegan River, paddling from its source in the high elevation marshlands to it end in the Connecticut River in Bloomfield, Vermont. This waterway has no dams and is as pristine as any of the waters I have seen so far. It traverses a national wildlife refuge at its beginning that is rich with waterfowl, with geese nests everywhere. The water level was high and built in volume as I descended the waterway. There are two gorges that required mandatory portages, but all else is runnable if you have the skills and the right attitude. I was tested in the whitewater and glad to report all of my decisions were the right ones. I camped at the river’s mouth and was filled with the joy of having the best day so far on this brilliant adventure.

On to New Hampshire!